Department of Systems Innovation, School of Engineering, The University of Tokyo 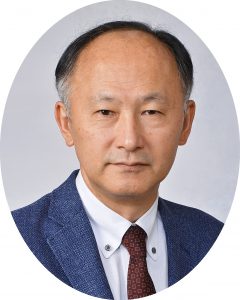 An offshore wind farm consists of tens of large-scale wind turbines. To promote such offshore wind farms in Japan, we need to consider severe weather conditions caused due to typhoons and narrower sites. To do so, we are developing multiscale and multiphysics integrated simulations for an entire offshore wind farm. The simulations consist of the following four components, (a) Large-scale LES simulator of a whole wind farm considering weather and terrain, RC HPC, (b) Large-scale LES simulator of two tandem wind turbines to evaluate an effect of wake into power generation, FFR, (c) flow-induced vibration of wind turbine, ADVENTURE_Solid and ADVENTURE_Fatigue, and (d) a parallel coupling tool to deal with Fluid-Structure Interaction, REVOCAP_Coupler. In this presentation, we describe Fugaku-based super-simulations of an actual German offshore wind warm in the North see, Alpha Ventus, consisting of twelve 5MW wind turbines.

Prof. S. Yoshimura is currently Vice President and Professor, The University of Tokyo (UTokyo). In 1987, he completed his studies in UTokyo (specialized in nuclear engineering) as Doctor of Engineering. He became Lecturer, Associate Professor in UTokyo, then Professor since 1999. His specialties are High-performance and Intelligent Computational Mechanics with Real World’s Applications. He serves as a Vice President of IACM and the President of APACM, and has received numerous awards, including IACM Fellow Award (2014) and APACM Computational Mechanics Award (2013). 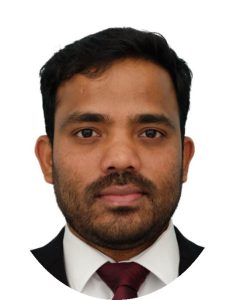 Dr. Prakasha Chigahalli Ramegowda received a BE in Mechanical engineering from the National Institute of Engineering in Mysore, India, in 2010. He was with the MEMS design group at Society for Integrated Circuit technology and Applied Research, India, as an Engineer, from 2011- 2015. In 2019 he completed his PhD in Mechanical Engineering from Kyushu Institute of technology, Japan. He is a recipient of the prestigious JSPS Postdoctoral Fellowship (Standard FY2019-22) from the Japan Society for Promotion of Science. He is currently Scientist at Institute of Microelectronics (IME), Agency for Science, Technology and Research (A*STAR), Singapore. 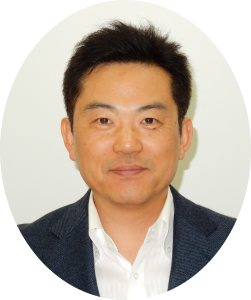 Fusion of CAE and 3D Metrology

Recently, we often hear the term digital twin, but it is used in a wide range concept. It can be said that the common term is to reconstruct the event in the cyber physical space based on the digital data obtained by observing the event in the real world, and to predict the future by simulation. Some people claim that the traditional CAE is a digital twin. This is based on the fact that a product is built based on CAD, which is a blueprint, and the product is manufactured according to it. However, as is well known, it is difficult to process a product according to a blueprint. The accuracy of the simulation can be said “dizygotic twins” (similar because they are born from the same parent). In this paper, we will consider the points for constructing a digital twin suitable for “identical twins” in the field of computational engineering.