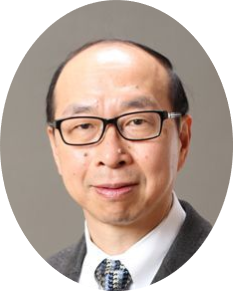 Origins of Bioorganic Compounds and Their Homochirality: Approaches from Simulation Experiments

How life was generated on the Earth? Are there any extraterrestrial bodies that foster life on them? The novel scientific field to challenge such questions is astrobiology. Laboratory simulation is one of the most useful approaches to study prebiotic chemical evolution. In this talk, I will present simulation experiments to synthesize bioorganic molecules like amino acids in early Earth or extraterrestrial environments. It was proved that high-energy particles irradiation was quite effective to produce them. Amino acids are chiral molecules and we utilize mostly L-isomers in our biosystem. Simulation experiments to prove the origin of the homochirality of biomolecules will also be introduced, where such quantum beams as circularly polarized light and spin-polarized leptons were used.

Kensei Kobayashi is currently a professor emeritus of Yokohama National University. He received his D. Sc. In Department of Chemistry, University of Tokyo in 1982. In 1982-86, he studied in Laboratory of Chemical Evolution, University of Maryland, U.S.A. He has been working in Yokohama National University (YNU) since 1987, and was a professor at YNU in 2003-2020. He has been studying astrobiology, especially focused on prebiotic chemistry toward generation of life and detection of life in extreme terrestrial and extraterrestrial environments.

Graduate School of Science and Technology, Kyoto Institute of Technology 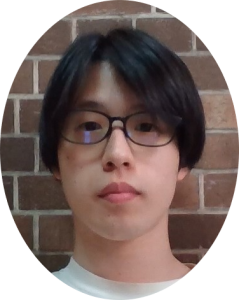 DNA sugar-phosphate backbone has sugars joined by phosphodiester bonds. Highly reactive hydroxyl radicals are produced by ionizing radiation in a cell, which can abstract any hydrogen atoms from DNA. Carbon centered sugar radicals produced by the hydrogen abstraction triggers a common lesion, single-strand break (SSB) which induces disease such as carcinogenesis. However, the abstraction mechanisms at the molecular level remain unsolved. Thus, we employed molecular dynamics (MD) simulations on hydroxyl radicals around DNA to evaluate their spatial distribution and accessibility to DNA. In particular, we introduced restraining potentials on the hydroxyl radicals, which enabled us to sufficiently sample the hydroxyl radicals around the sugar moiety of DNA. The result showed that the accessibility of hydroxyl radicals to each hydrogen atom on DNA was very different from the evaluations reported previously. This indicates that the previous evaluations based on the solvent-accessible surface area, or the water accessibility are needed to be modified.

Ryuta Kawanami is a doctoral student in soft materials chemistry at Kyoto Institute of Technology. He is interested in physical mechanisms of soft matter in life. 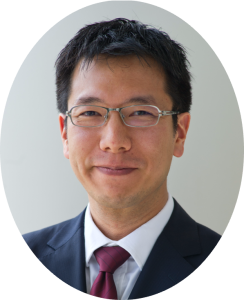 The Secret to Successful medical-industrial Collaboration

The field of medicine is often described as a complex system. However, it is not difficult for physicians to make diagnostic and therapeutic decisions based on their perception of a patient’s condition and its changes to find the data representing the pathology accurately.

In this lecture, I would like to talk about a case in which such an overly complicated event was derived from simple medical common sense, dreaming of the day when the solid results of medical engineering collaboration with you will surpass the world.