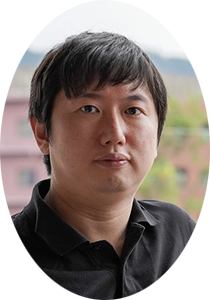 Natural systems are often complex and dynamic. Reductionism is not universally applicable for natural complex systems found in biology and elsewhere where behavior is driven by complex interactions between many components acting together in time nonlinear dynamic systems. In this talk, I will introduce a minimalist paradigm, empirical dynamic modeling (EDM), for studying non-linear systems. It is a data-driven approach that uses time-series information to study a system by reconstructing its attractor (a geometric object) that embodies the rules of a full set of equations for the system. Particularly, I will introduce a few recent works of visual analytics to support the identification and mechanistic interpretation of system states using integration EDM with visualization techniques, leads to our understanding of complex dynamics.

Hiroaki Natsukawa is a junior associate professor / senior lecturer in Academic Center for Computing and Media Studies, Kyoto University. He received a Ph.D. in engineering from Kyoto University in 2013. Although formally trained as a researcher in the field of biomedical engineering at Kyoto University, He has successfully crossed fields into other areas such as information visualization, neuroscience, and more recently into nonlinear dynamics. Currently, he has worked in the field of information visualization and his work focuses on developing visual analytics systems enabling data-driven analytical reasoning by empirical dynamic modeling in collaboration with UC San Diego. He is currently an associate editor of Journal of Visualization, was a The 36th Annual Meeting of Japan Biomagnetism and Bioelectromagneics Society Local Committe, IEEE PacificVis 2019 Poster Co-chairs, IEEE PacificVis 2018 Publication Chair, The 47th Symposium of Visualization Society of Japan Organizer, NICOGRAPH International 2017 Local Committe Chair, JSST2016 Publication Chair, JHBM18 Local Committee. 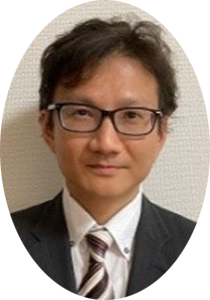 Tomohiro Sogabe was graduated from the department of Applied Physics, the University of Tokyo in 2001 and received Ph.D. from the same university in 2006. He worked at Nagoya university as an assistant professor, and Aichi prefectural university as an associate professor. He is currently an associate professor at the department of Applied Physics, Nagoya University, Japan. He served as editors of JSIAM Letters, the Transactions of JSIAM, and currently he serves as an editor of JJIAM journal, Springer. He will be a member of the board of directors of JSIAM from June 2021. His research interests include numerical linear algebra, numerical multilinear algebra, and scientific computing. He published more than 70 international journal papers and 15 domestic journal papers include applied mathematics journals, computational physics journals and quantum computing journal, such as AMC, AML, ETNA, JCAM, JJIAM, NLAA for applied mathematics; IEEE TMTT, JCP, PRB, PRE for computational physics; QIC for quantum computing journal. 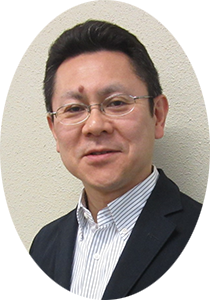 The hybrid Bi-conjugate gradient (Bi-CG) methods such as Bi-CG stabilized (Bi-CGSTAB), Generalized Product-type based on Bi-CG (GPBiCG) are well-known for efficiently solving linear equations, but we have seen the convergence behavior with a long stagnation phase. In such cases, it is important to have Bi-CG coefficients that are as accurate as possible. We introduce the stabilization strategy for improving the accuracy of the Bi-CG coefficients.
On present petascale high-performance computing hardware, the main bottleneck for efficient parallelization is the inner products which require a global reduction. The parallel variants of Bi-CGSTAB reducing the number of global communication phases and hiding the communication latency have been proposed. In this paper, therefore, following the analogy of Cools et al., we design parallel variants of GPBiCG, and examine the convergence speed of the parallel variants with the stabilization strategy.

Kuniyoshi Abe obtained Ph. D at Nagoya University in 1999. He began his career as Assistant professor at Anna National College of Technology in 1998. He moved to Advanced Computing Center, RIKEN as a Contract researcher in 1999. He was associate professor at Faculty of Economics and Information, Gifu Shotoku University in 2003, and is professor from 2012. His research field is numerical linear algebra, especially, he is interested in fast and iterative solvers for linear equations.